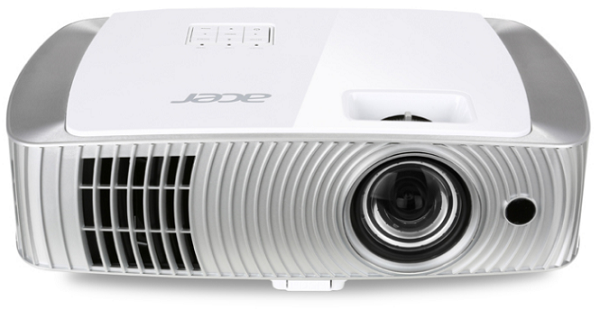 The Acer H7550ST is a powerful little short throw, single chip DLP home entertainment projector. Claiming 3,000 lumens, it is a pretty decent bright room projector, though it did not reach its claim. Before my new screen was installed, we had a bit of fun at my house with this projector, seeing how big we could get the image to be on the wall. We managed to fill the entire wall, and it was awesome. The projected image can reach 300 inches diagonally, but that’s theoretical, and would require a pitch-black room.

When I first began playing with the H7550ST, the screen I had installed was for a review of Elite Screen’s CineGrey 3D material, which rejects 65% of off-angle ambient light. As a short throw, the Acer H7550ST is not supposed to be compatible with that kind of screen technology. For the few days that these two reviews overlapped, I experimented with pairing the Acer and the CineGrey 3D screen. After a bit of fiddling with the placement of the projector and its settings, I managed to get a reasonably clear and color-rich picture, with no noticeable vignetting (when the room was darkened), despite the incompatibility of these two devices. That’s a win for the Acer.

Though not the brightest of all bright room projectors at this price point, 3,000 lumens is plenty for most living rooms, conference rooms or classrooms with a considerable amount of ambient light. I mentioned above that the projector fell short of that 3,000 lumen claim, but the brightness was sufficient for my living room, which has horizontal blinds that allow for extra light to bleed in around the perimeter of the window. I still found this projector was able to serve me as an “HDTV” during the day. Crisp, clear, and bright, this Acer can compete with other projectors at this price point. 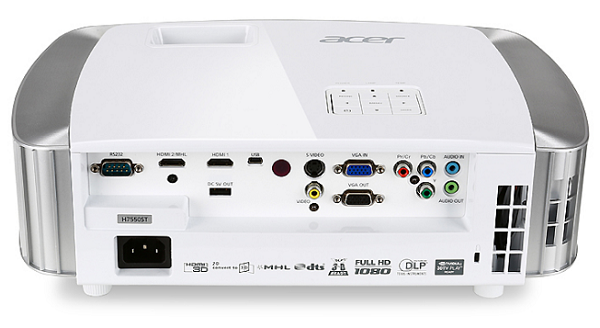