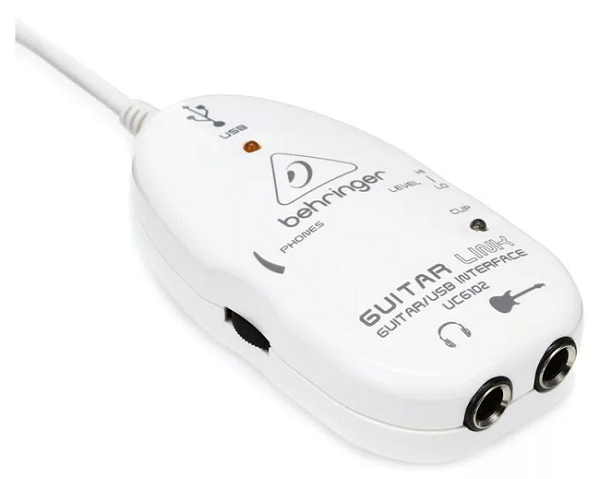 The Behringer Guitar Link UCG102 interface is an amazing practice tool that lets you connect your guitar to your computer in a flash, giving you the best of both worlds.

The UCG102 guitar-to-USB interface lets you jam and record using modeling amps and effects without the need for any other gear but your guitar. The compact interface links your electric guitar to a PC or Mac computer via a typical USB cable, allowing you to rock with sophisticated software such as the included Guitar Combos Behringer Edition from Native Instruments, Kristal Audio Engine multi-track sequencer and Audacity audio editor. It also features a Headphone output for silent practicing.

Guitar Combo II is the epitome of the clean and crunchy blues sound. Over the course of several decades, this warm and unmistakable sound has made a valuable contribution to countless hits.

Based on the famous tube amps that spawned the guitar legends of the late '60s and early '70s, Guitar Combo III embodies the rock sound. Its distinctive and individual tone can be as warm as it can be hard.

Get it now and take off with this USB interface.